Bergman finished for another relay gold for Sweden

The Swedes seem to be almost unbeatable at the championships. The men’s relay team consisting of Ridefelt, Lind, and Bergman matched the Swedish women’s team performance and finished for the gold. The race was much more dramatic than the women’s. The Swedes took the lead only in the third leg after beating Norway (Steiwer, Fosser, Kinneberg) who ended up silver. The bronze was won by Switzerland (M. Hubmann, Howald, Kyburz), after a duel with Finland, which was in the leading group throughout the whole race. 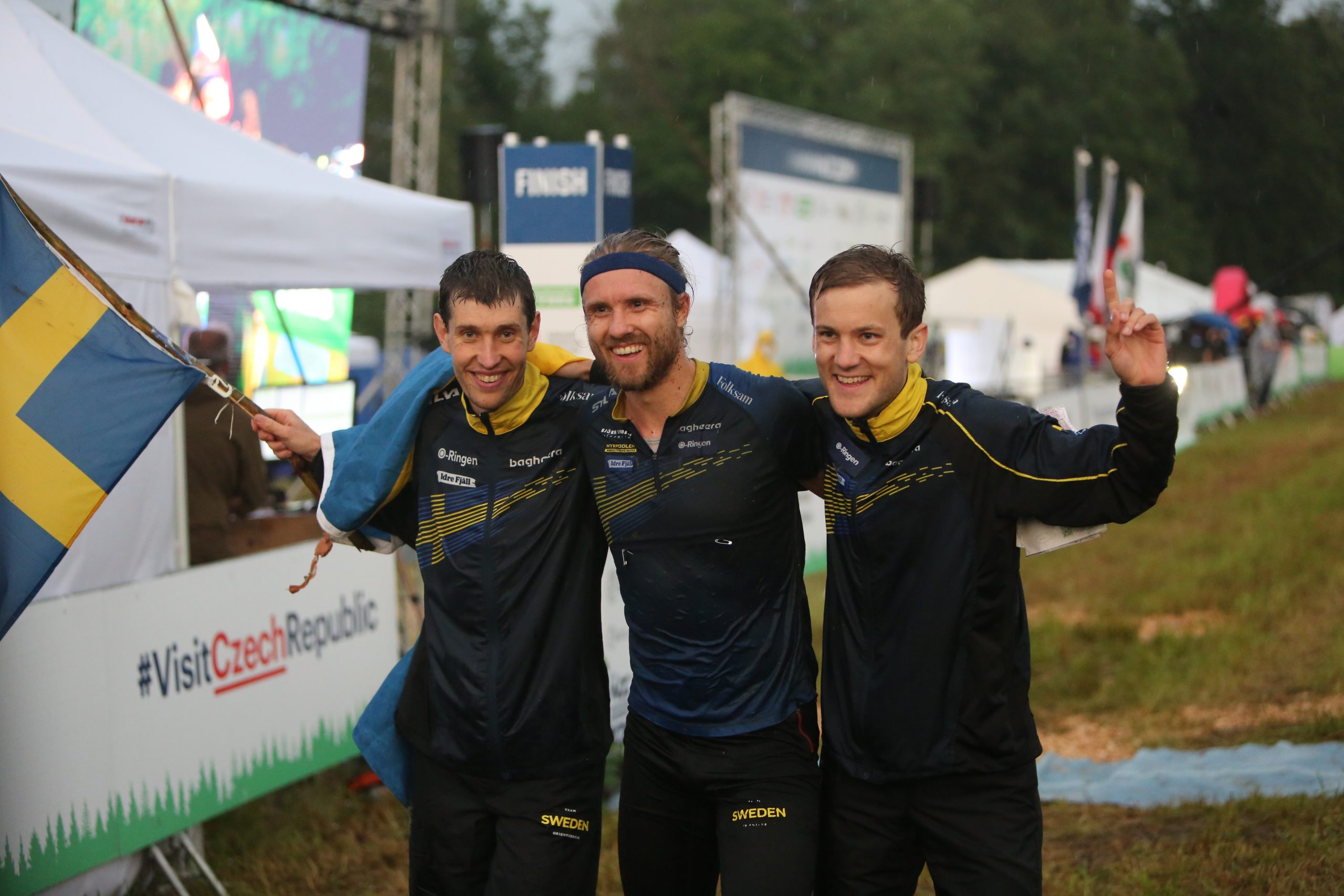 Two runners – Ruslan Glibov from Ukraine and Miika Kirmula from Finland – dominated the first leg, creating an almost one-minute lead over the rest of the starting field. However, eleven teams kept their chances for a medal position with a minimal loss to the leaders, which was within two and a half minutes. During the second leg, Kasper Harlem Fosser seemed to be flying, getting the Norwegian team from the ninth position into the clear lead. “It is a big motivation to compete against all the experienced runners that I looked up to when I was younger. I had really good legs today and it was fun. The plan now before the long distance tomorrow is to stay dry which is not really easy right now and get some sleep,” said Norwegian in the finish. William Lind from Sweden joined Finland (Elias Kuuka) and Ukraine (Oleksandr Kratov) in the group fighting for medals. They finished almost together, a minute behind Fosser. The favored Swiss team moved up to the fourth place after the second leg with a loss of 2:10. Gustav Bergman, silver from the middle distance, showed that the terrains of sandstone rocks, steep valleys, and overgrown blueberries fit him perfectly. He easily erased the one-minute loss and finished Sweden for the seventh medal in the seventh race and the sixth gold during the championship. The Norwegians in the end secured the silver medal after an exciting third leg. Eskil Kinneberg finished 51 seconds after the Swede. The middle-distance world champion Matthias Kyburz moved Switzerland to the bronze position. The fourth place was left to Finland where Olli Ojanaho was finishing. The Czech team (Kubát, Nykodým, and Král) took the fifth position, just like their women’s team. Ukraine who was in the leading group during the first and second leg finished sixth. 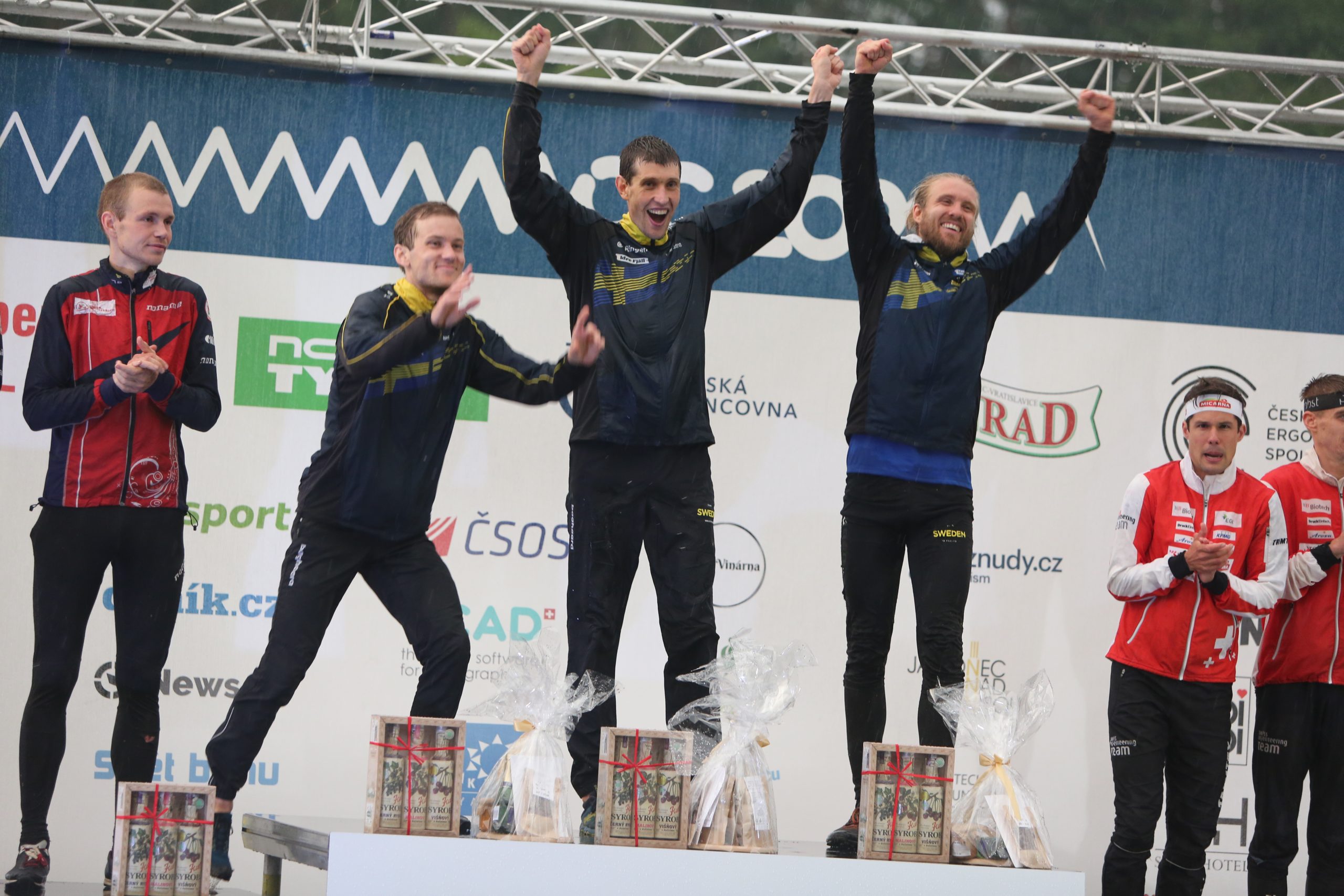